A conference organized by Media in Cooperation and Transition (MiCT) in partnership with and financed by the Konrad Adenauer Stiftung (KAS). Additional support by the German Federal Foreign Office and the Federal Ministry for Economic Cooperation and Development. 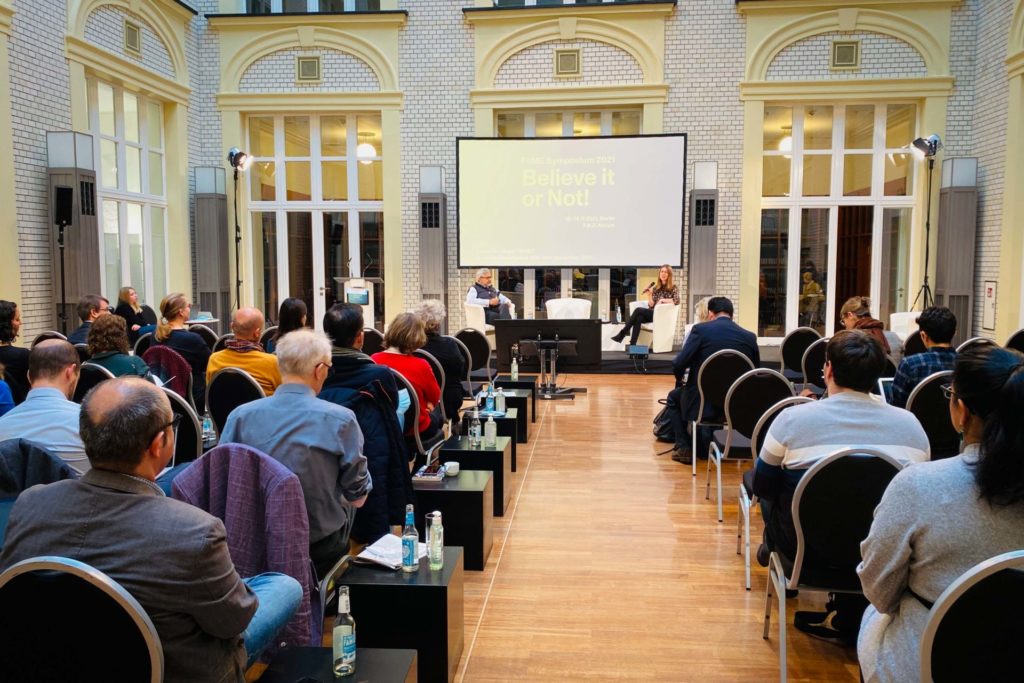 Audience at the FAZ Atrium during the FOME Symposium 2021

The question of trust has gained significance worldwide during the past two years as the Corona pandemic tests the resilience to crises of media and audiences alike. Journalists struggle with the fast pace of events, with statistical riddles and a lack of expert knowledge. Some media were captured by governments as allies in the fight against the virus. Others now speak on behalf of those opposing government restrictions. Consequently, partisanship and media polarization are undermining the role of media as reliable source of information in this worldwide crisis.

But declining trust in media is not a new phenomenon. Before Corona, distrust in media was on the rise due to increased economic competition between media channels and the subsequent ‘race to the bottom’ to snag clicks and advertisers. Sensationalism and the lack of in depth reporting have impeded trust and have also allowed for the easy spread of disinformation campaigns. Often launched by powerful elites to influence elections and policy making, the proliferation of falsehoods produced by politicians has deeply damaged trust in media.

Against the backdrop of these observations, the Forum Media and Development (FoME) is dedicating it´s 2021 Symposium to the question of TRUST in media. Considering the interest and occupation of FoME-members, the event will be focused on issues of media perception, trust and media use in transitional and crisis regions. The symposium will thus shed light on how armed conflict, fragile statehood or authoritarian rule is affecting modes of media perception in the global south. The symposium will further discuss the role of media assistance in restoring trust and how issues with trust play a role among partners in media assistance programs. Finally, we will discuss how distrust in media is mitigating efficacy of media assistance and how programs can be adapted.