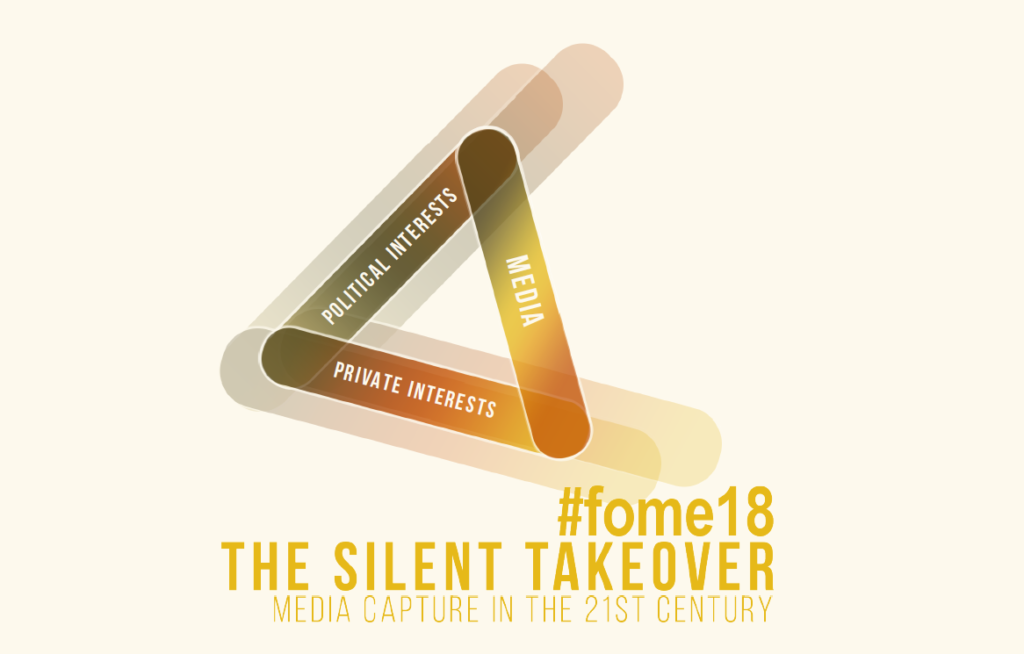 Imagine that you own a media house.

You meet us at a cocktail reception at a charity event. You know us. We all went to the same private school.

You mention that your media house is struggling. The advertising market in our fictional country is fiercely competitive and the number of private media houses exceeds the demand. We are in the 21st century. Traditional media businesses are facing many challenges; the online market has changed the game. In fact, you are glad that you do not have to pay for your cocktails here.

We are rich and we have rich friends. We have an excellent network. We suggest that one of our friends – who also happens to be a member of the ruling party – could invest in your media house. You would keep the majority of the shares. We tell you that he has been looking for such an opportunity for quite a while, and the investment fits his business plan. He also owns several banks and can open a lot of doors for you and your company. In order to avoid public concerns, we ask you not to mention our names should someone enquire about the ownership structure of your media house. You agree.

One day, you get a call from us. Someone has offered you inside information on a corruption scandal in the government. If you publish the leaked information, it could cost us our political reputation. It might also cost you your business partner. What will you do?

The 2018 FoME Symposium puts the complex triangle of »Politics – Private Interests – Media« at the centre of debate. In many cases, people in power no longer need to openly exert their power over media through censorship or force. Instead, supportive and subtle – rather than repressive – forms of political and business-related intervention in the media sector seem to have become the method of choice. During the symposium, we will discuss the factors that foster what is referred to in academic literature as »Media Capture«; the extent to which this expanding strategy influences democracy, pluralism, and freedom of the press; and strategies to prevent »the silent takeover« of the free media.

The silent takeover can have many different faces: media can be founded, owned, financed, supported and/or operated by actors with political interests. These interests often go along with economic benefits, and it is sometimes difficult to grasp where political interests end and economic interests begin.

The triangle mentioned above appears to exist everywhere. Whilst the forms and degree of Media Capture observed in countries in transition and fragile states may seem more severe/pressing, even democratic countries with pluralistic media markets appear to face similar issues. One aspect remains the same: Media Capture is a problem, because it risks affecting and changing political and social dynamics.

At the 2018 FoME Symposium, we will look at various forms of Media Capture from different perspectives. During the two-day programme, we will analyse the different shapes this insidious process can take, assess its apparent consequences, and discuss solutions in a number of sessions that range from panel discussions to hands-on workshops.

For media development experts, one focus has to be on how to critique existing networks, raise awareness for potential threats for free media, and offer solutions through media development cooperation tools without taking the moral high ground.

Although Media Capture is not an entirely new phenomenon, it is more topical than ever. The current global crisis of traditional financing models for media and the need to find new business models opens doors for investors who may have hidden agendas.. At the same time, media outlets are under pressure as heterogeneous actors, who contest traditional reporting, provide alternative interpretations, and capture discourses on social media – which manifests as »Social Media Capture«.

The FoME is a network of institutions and individuals active in the field of media development cooperation. With our annual flagship event, we bring together media development experts from around the world to discuss a topical issue. Because many of us are practitioners, we are also able to contribute to the implementation of some of the symposium’s outcomes.

FoME 2018 will be hosted by the Division for International Cooperation of the Friedrich-Ebert-Stiftung (FES). In more than 100 country offices, the FES provides advice and support on the establishment and consolidation of structures in civil society and politics to promote democracy and social justice. The symposium is co-organised by Reporters Without Borders (RSF Germany) and Media in Cooperation and Transition (MiCT).

The organisers would like to warmly welcome you to Berlin. We look forward to two days of fruitful and interesting debates. We are excited to gather an impressive number of media development experts!

Curators of the 2018 FoME Symposium